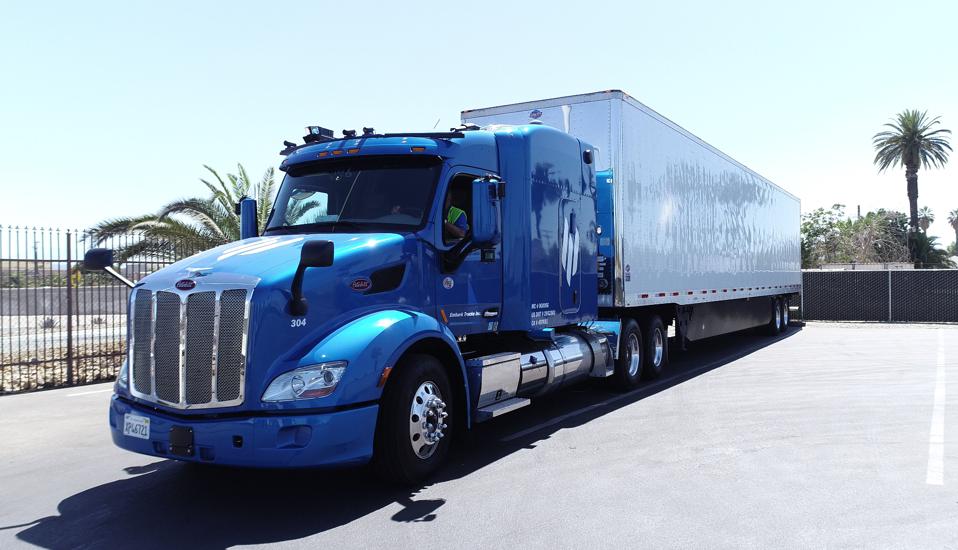 Embark Trucks, a self-driving tech firm created by two twenty-something Canadian computer scientists, just landed $70 million in new funding, its biggest investment round to date, and is opening the first cargo transfer hubs for its growing fleet of robotic semis.

The San Francisco-based startup is among a wave of companies including Alphabet’s Waymo, TuSimple, Starsky Robotics, Kodiak and Ike that see commercial opportunities to apply the same type of technology developed for autonomous robotaxis to long-haul trucks ferrying goods cross country. Three years after college friends (and Forbes 30 Under 30 alums) Alex Rodrigues, 23, and Brandon Moak, 24, founded Embark, the company has raised a total of $117 million, including the latest round. It operates 13 18-wheelers and has 70 employees.

“Alex and Brandon are among the highest potential founders we have partnered with,” says Pat Grady, a partner at Sequoia Capital, a past Embark investor that participated in its Series C funding. “We are thrilled to double down on our commitment to Embark, as they extend their lead in autonomous trucking.” Tiger Global Management led the round, joined by venture firms DCVC, YCombinator, SV Angel, Maven Ventures, OMERS Ventures and Mubadala Ventures.